This year was the 4th year of the “Lexus New Takumi Project” where young crafts people across the country are challenged with creating the “next-generation traditional crafts”. 150 young crafts people and designers participated and their work was showcased in the basement of the Kyoto Shimbun (Newspaper) Building, the Heian Jingu and the Ryosokuin Temple.

While I really wanted to visit the Kyoto Shimbun exhibit curated by Kengo Kuma, I could only go to Ryosokuin Temple.

This time of year is my favorite in Japan. Japan’s climate allows for a large variety in vegetation resulting in one of the most beautiful autumn coloring (called 紅葉 “koyo”). Seeing this exhibit with the colorful foliage as a background combined with the golden, low rays of sun entering the various temple rooms was simply breathtaking.

Also interesting was that the curator of this exhibit was head priest of the Ryosokuin, Toryo Ito. The exhibition was guided by the theme “The Pathos of Craft”. A few words by Toryo Ito himself that was greeting us at the entrance:

THE PATHOS OF CRAFT

Today, we rely on analytic thinking, which leads to a fortified border between us and things. Previously it was always assumed that, not just things, but pathos (jō) was tied up with the entire world. Yet, presently, when we think in terms of the ‘mind’ and ‘cognition’, pathos comes to feel quite individualized.

Ancient poets grasped the threads of pathos dwelling in all things through their vision of the rise and fall of Becoming within the mountains and rivers, grasses and trees. Within their woven verses, we can see the aesthetic of “mono no aware”.

Are we still capable of such a vision?

Only by relaxing the fixed borders of the ego through the lived-bodied, can we be open to our surroundings as these poets were. In order to lure out these threads of pathos, we gaze gently into the crisscrossing stories written into things. Such ephemeral pathos passes through wind and light, taking up dwelling only to again vanish so carefully that its absence often escapes our notice. At the same time, the pathos wraps up a space, giving it unity.
In this sense, pathos appears and disappears, at once within a whole a space and again only within a single point. I would like to spend some time lingering on these comings and goings of pathos.

Now onto some highlights of the exhibition. The descriptions are taken from a pamphlet describing each of the pieces.

“The exquisitely sensuous Tosa Tengujo paper, knows as the word’s thinnest paper at only 0.03mm thickness, is made from the long fibers of the Tosa Kozo tree and the clearest water from Niyodo River, purified by the steep mountains through which it flows. In combination with the fine technique of Nagashi-suki, perfected through a thousand years of history, Tengujo paper is the true fruit of terroir and craftsmanship. Out of reverence for the majestic landscape of its origin, we incorporated 3D imagery of the Niyodo River running through the mountains into an imaginary spiritual field, kekkai flowing with thousands of leaves of paper.”

A collaboration between Washi craftsman Hironao Hamada and architect Seiichiro Takeuchi who is also an acquaintance of mine.

“Since ancient times, snakes have been used to symbolize life and death and are mythologized as being able to traverse between this world and the underworld. For this exhibition, the Shoin room displaying the work is considered of this world, while the garden in the background is that of the underworld. This work illustrates the white snakes appearing Awai (in between) the two worlds, together with plants linked with either health or disease. By tracing a transitory aspect from the transparent glass to the paper cutting hanging scroll and onto the garden, the exhibition symbolizes the cycle of life’s ephemeral beauty.”

A collaboration between wood craftsman Fukutaro Azuma and Tea practitioner Fukutaro Nakayama. They made toys and a seating area with a table and toy made of paulownia wood. A light weight wood with a soft texture that has been used to make boxes to protect tea utensils.

“People in ancient times often projected themselves onto nature as the same transient beings in this infinite continuation of the world. However, today, the borders between us have grown and we seem to be losing our sense of connectedness. In this piece, we encase fragrant flowers that have been cherished since Japan’s Manyo (Nara) era and are now endangered, with Mizuhiki to create bonds between us and generate an experience that can percolate through our invisible boundaries.”

“From rot to ferment, from analysis to synthesis, matter flows, shakes, eats and is eaten, broken down to become part of the whole. We might call eating the process whereby individual units mix and lose their borders to a gradation. In the present day, what’s known as the “anthropocene” expresses the immense impact of humans on the earth and its ecosystems. Humans may turn out to be the creatures that devours the whole planet. So then, what are we to do? To eat or be eaten? – By thinking only in such binary “either/or” terms, we ignore a possible resolution. Perhaps it may be better to gain a perspective on our path along natural cycles – just as the ancients found pathos / spirit in all things caught up within the movements of flourish and decay. If the anthropocene forms part of these cycles, then “eating” can be understood as a metaphor for providence ruling over matter. From this perspective, perhaps we can glimpse the pathos of things, “mono no aware” even within our modern civilization.”

A collaboration between ceramic artist Masahiro Wadayama and artist Meisushi. 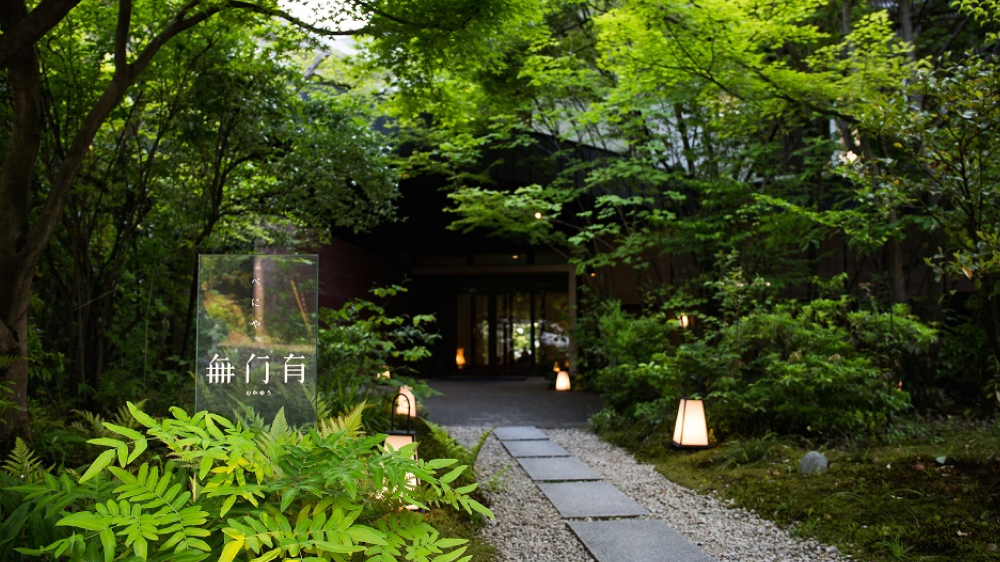 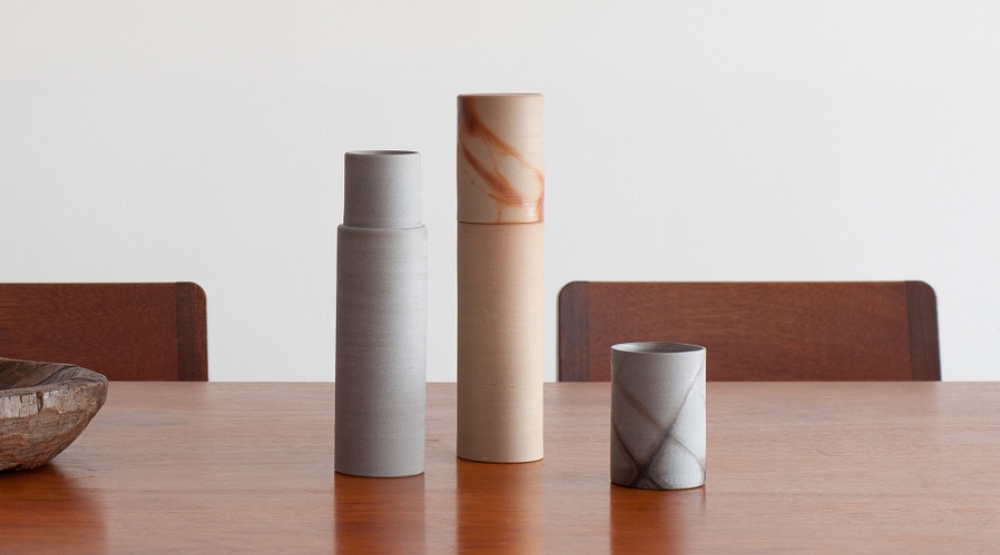 Hiiro is a modern, ceramic water carafe made from traditional bizen-yaki. It’s the result of a joint-effort between product designer Shizuka Tatsuno and Daikura, a pottery studio specializing in bizen-yaki.... 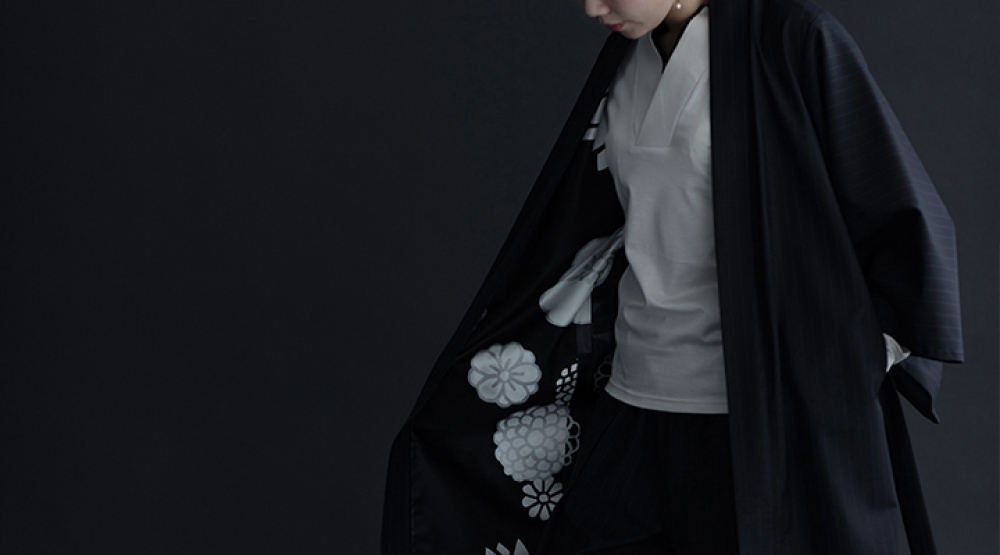 Japanese is a language that uses a lot of filler words—nanka, ano ne, uun, ano, sou des ka?, sou sou—small, highly inflected expressions that depend on context to girth their meaning. Sou sou is an expression that usually indicates recognition or validation: yes, yes. Sou Sou is a Kyoto-based textile...