Karimoku New Standard has harnessed the pure energy and expertise of woodworking to produce experimental new designs that are interesting without being excessive. Launched in 2009, KNS is the daughter company of Karimoku Furniture, a manufacturer with origins in Aichi prefecture.

From modest beginnings in 1940 Karimoku expanded into a full-fledged furniture company, introducing their own original designs in the 1960s. According to A+R, Karimoku’s decision to start KNS was an active effort to “reboot” the company for a new era. KNS had high aspirations for itself – to remain true to its Japanese heritage, to engage with cutting edge designers, and to revitalize local forests.

It’s clear that KNS achieved what it set out to do. By utilizing low-diameter wood that was traditionally discarded as paper pulp or wood chips, Karimoku has become a champion of responsible production. A+R again: “The revived Karimoku concept, termed ‘high-tech and high-touch’…melds the latest technology with unstinting hand-finishing for a truly collectable array of refreshingly unique standouts.”

And though it’s still very much a Japanese company, KNS brings an impressive selection of international designers to the table. One of these collaborators is the Swiss design team Big Game. While the studio’s line of Castor sofas “respectfully reference” Le Corbusier’s Grand Confort, the Castor Low Chair is an allusion to the seating found in traditional Swiss cafes. The designers use Karimoku’s expertise in all things Japanese oak to bolster their confrontational approach to creating.

Another collaboration we feature in a separate article is with Sanwa, a home interior brand designed by German industrial designer Christian Haas.

Part of KNS’s in-house design team, Satoshi Seto and Takahiro Fujimori are also making waves in the design world by using classic woodworking techniques like tomegata sanmai tsugi (triple tenon) and Japanese joinery methods. Their Torii-S stool, made of Itaya maple, is an ode to torii, the gates to Shinto shrines omnipresent in Japan.

Japanese woodworking is a set of techniques with infinite potential, and the work of Karimoku New Standard shows that these techniques are not of the past, but ever-evolving. 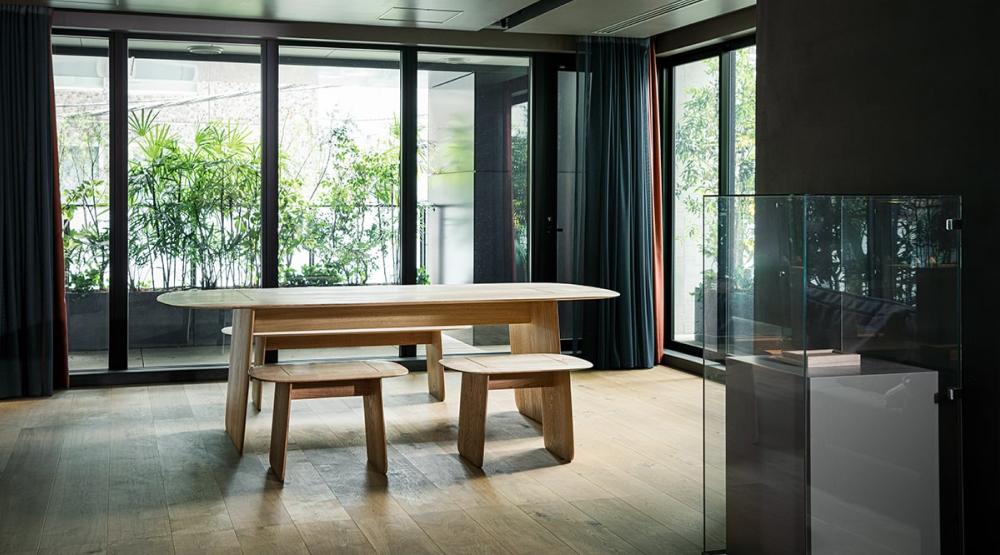 Located in Hamacho Hotel in Nihonbashi, Tokyo, Tokyo Craft Room is a space is for those who’re looking for authentic yet comforting design.  Based on a culture of creation that keeps a strong connection with nature and the environment, the quality and thoughtfulness towards local resources are integrated into each... 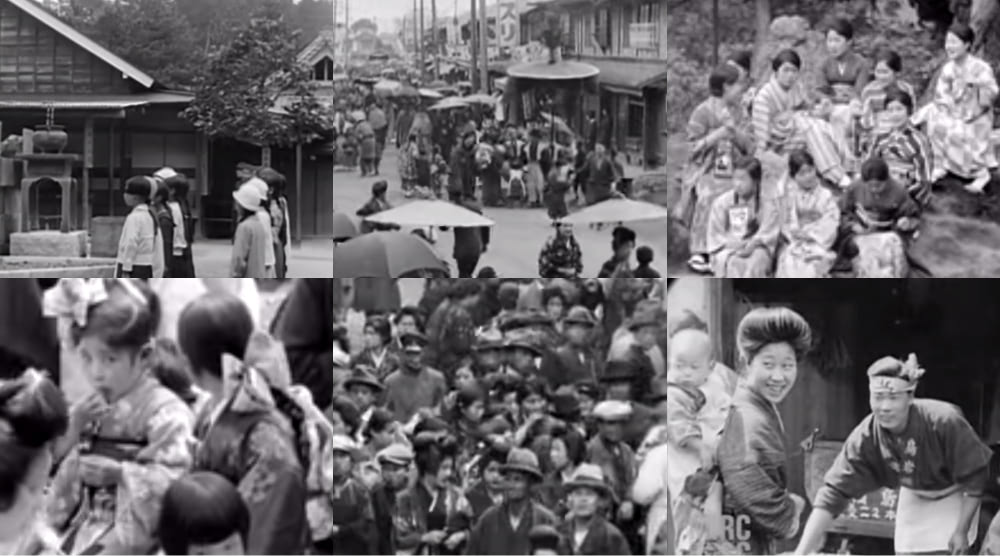 Rare video & audio footage of life in Kyoto in 1929

A popular YouTube channel Guy Jones recently posted video footage of life in Kyoto in 1929. While it isn’t uncommon to find video footage of that time, it is rare for them to include sounds. There are various scenes during the video that you can skip to: 0:07 – Street... 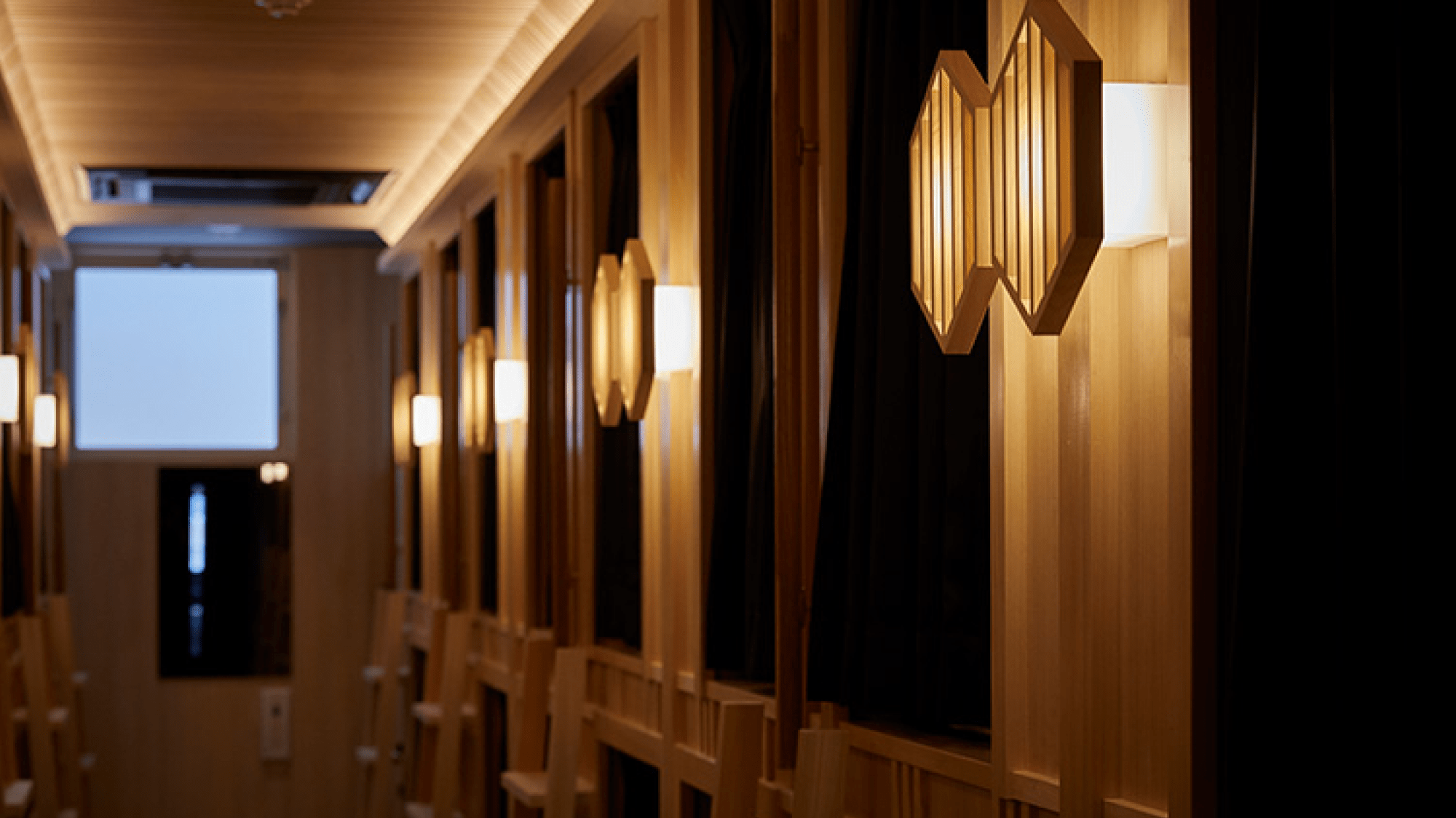 A capsule hotel made out of cypress wood

Japan is known for its “Capsule Hotels” but newly opened one in Nara stands out. Often the hotels have very little to do with craftsmanship but the “Nara Forest Hotel” is different. This hotel’s signature is the generous use of Japanese cypress carefully integrated in each guest room, the entrance...