Did you ever wonder why Blue Bottle Coffee sells so many things from Japan? It is because the founder James Freeman was inspired by the Japanese coffee culture which lead him to start the company. The coffee culture in Japan has been around for a few decades now but recently one specific company has captured my attention: %Arabica. 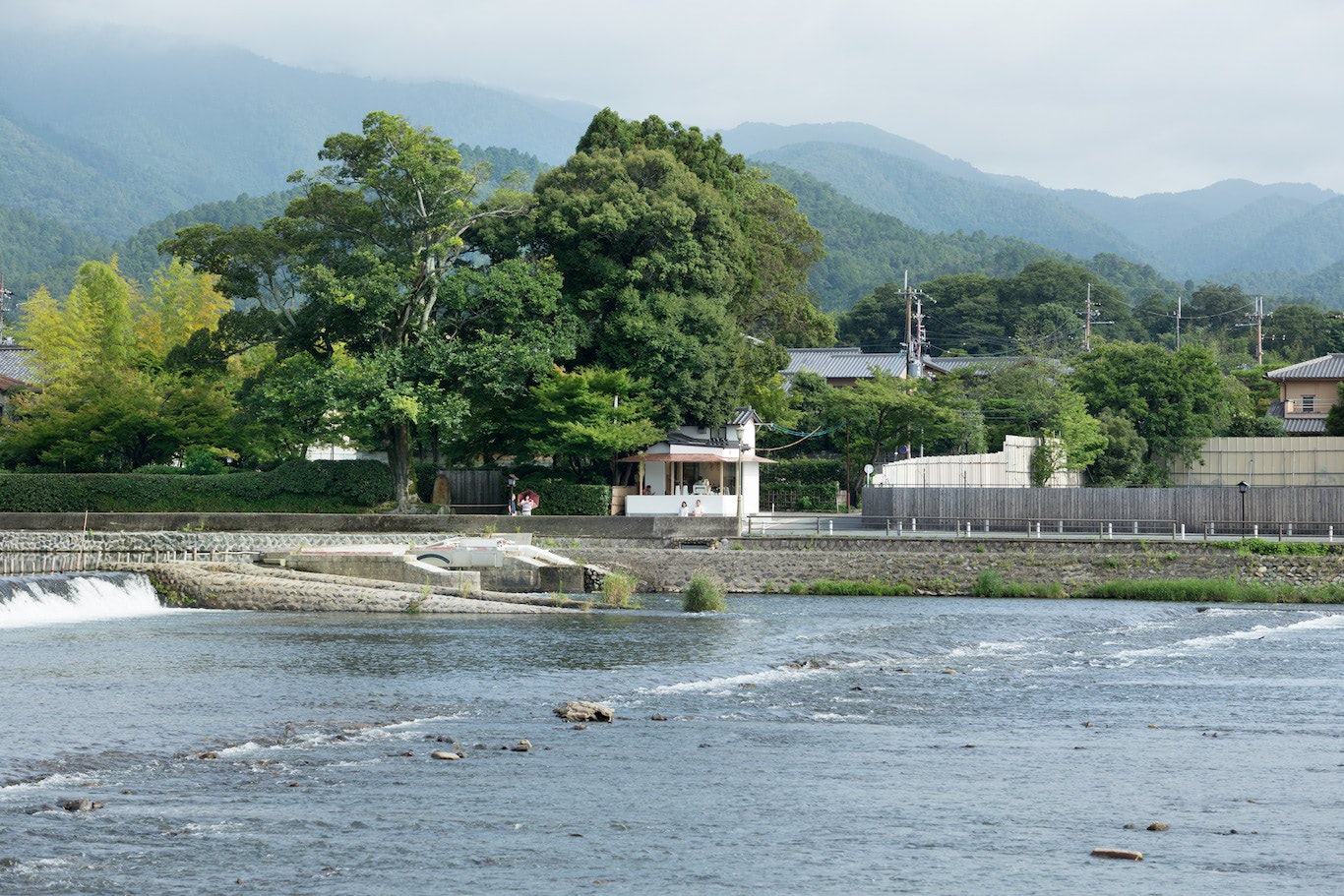 The company was founded by Kenneth Shoji who was inspired by the Starbucks movement in the states and wanted to make the best coffee in the world. He borrowed money from the bank, bought a coffee farm in Hawaii and after an entire year of trying to persuade the world champion of coffee art Junichi Yamaguchi worked out, he opened his very first shop in 2014 in Kyoto, specifically Arashiyama, an area that you probably know for it’s bamboo groves. He doesn’t just love coffee but truly cares about craftsmanship and design which becomes very evident when you see the shops across town (there are 3 coffee shops in Japan, all of them in Kyoto.

Above is a neat little interview with the head barista and world latte art champion Junichi Yamaguchi. 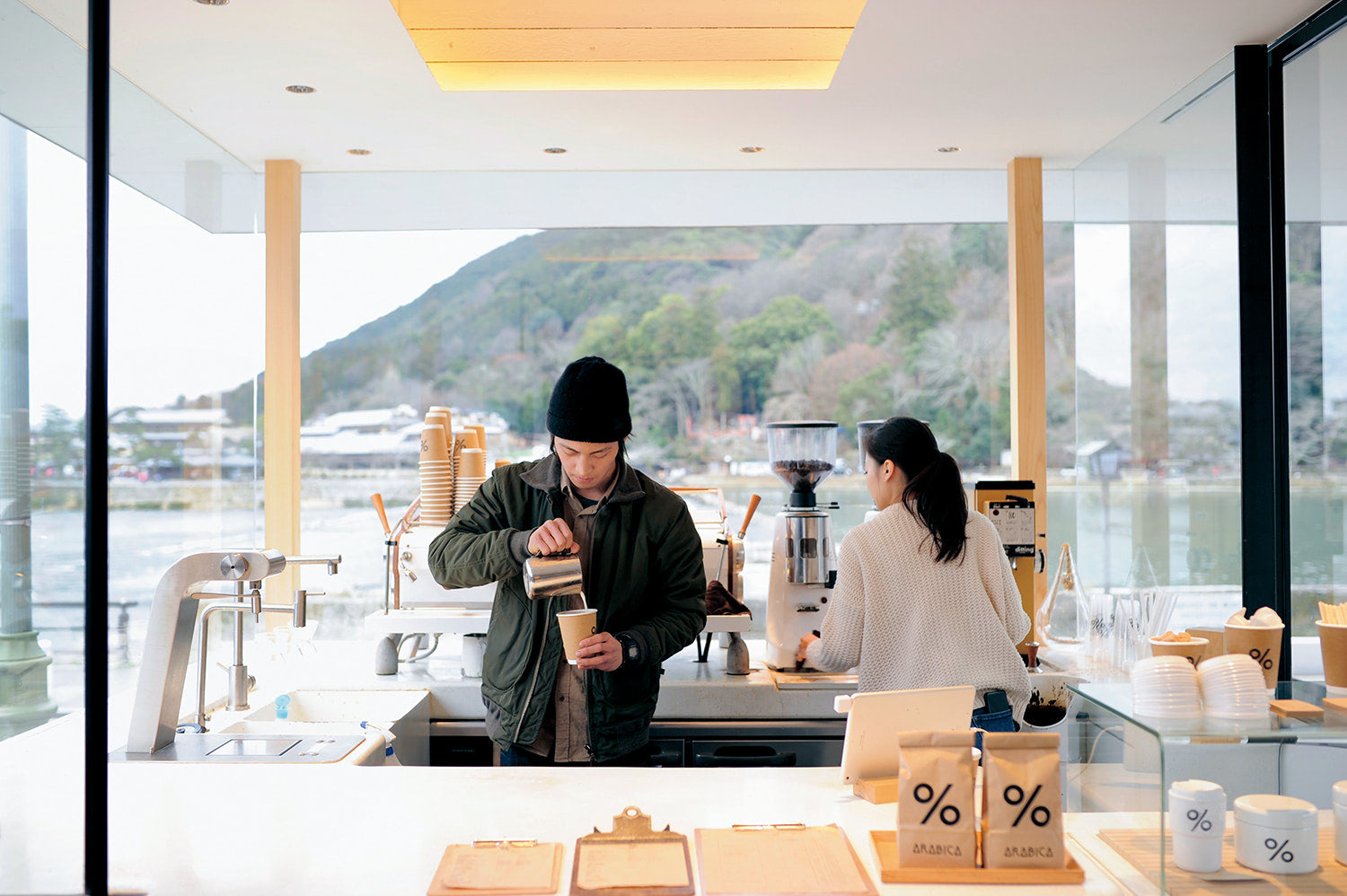 Inside the Arashiyama shop

It didn’t take him very long to open a second branch right by another famous tourist destination, Kiyomizu Temple. 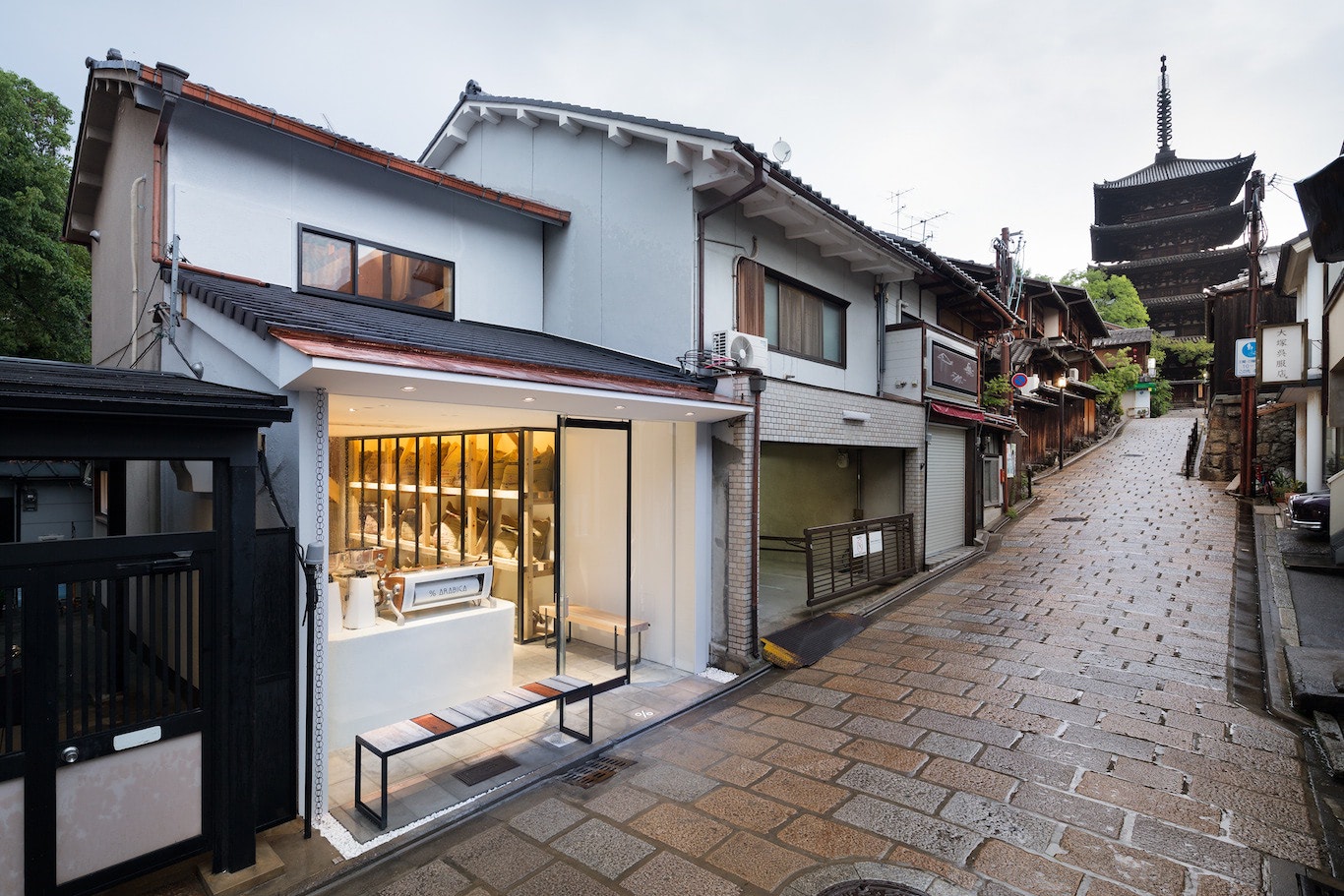 If you don’t have time to leave Kyoto downtown, there’s always the branch in the midst of downtown Kyoto inside Fujii Daimaru, a high end department store. 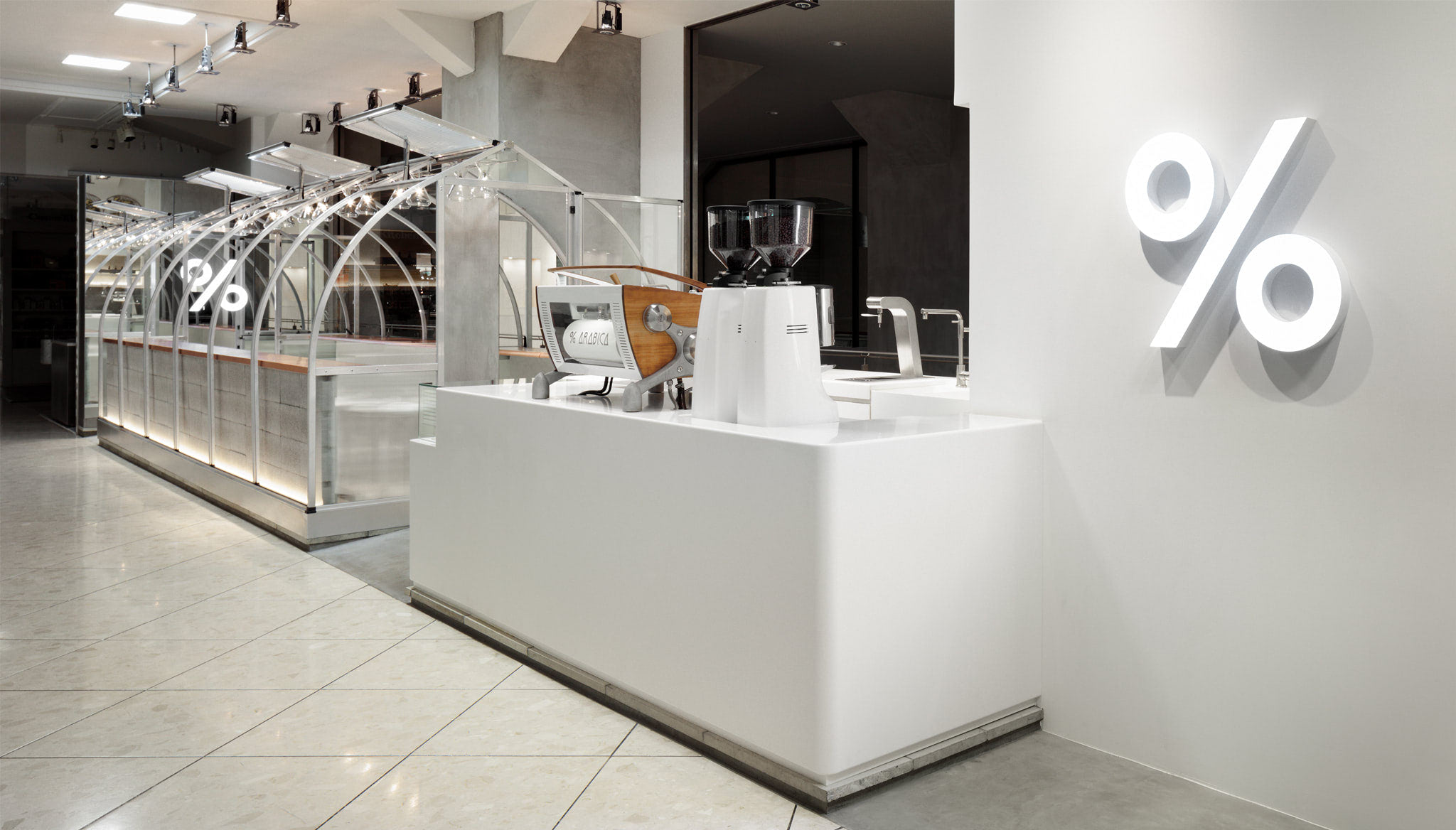 What Shoji-san and I have in common besides the love for coffee and design is that the 2011 earthquake was a trigger for change his life (it was also what made me want to move to Silicon Valley). He was running a family business manufacturing and trading chemicals for printing that was 50 years old before but saw that something needed to change considering the rise of the digital industry. In the few years he has had the business he now has 11 stores and is expanding to 21 countries this year, 2018. He is also looking for architects to work with him on those projects. You should reach out if you’re interested! 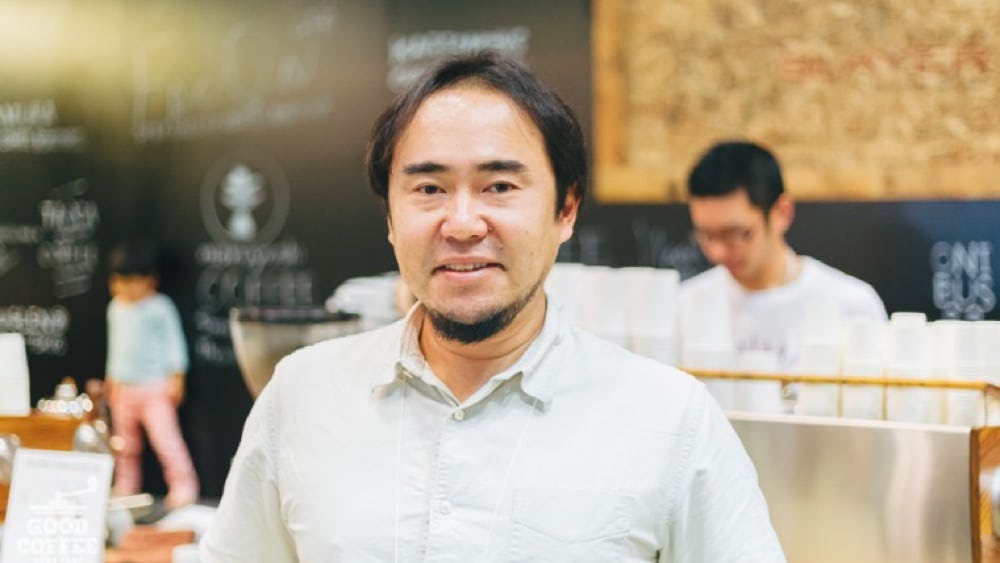 Visit the %Arabica website to see all his other locations and read more about how the company came to be. Next time I’m in town you’ll definitely find me taking a stroll in the Arashiyama bamboo groves with the nice cup of %Arabica coffee.

Kyoto is seemingly hot these days. On a hilly path near the golden temple Kiyomizu-dera, a new art and tools shop just had a grand opening. The entrance reads “Japan’s Art and Tools Shop Nittodo” on a traditional Japanese shop curtain sign. I get excited with this type of shop typically... 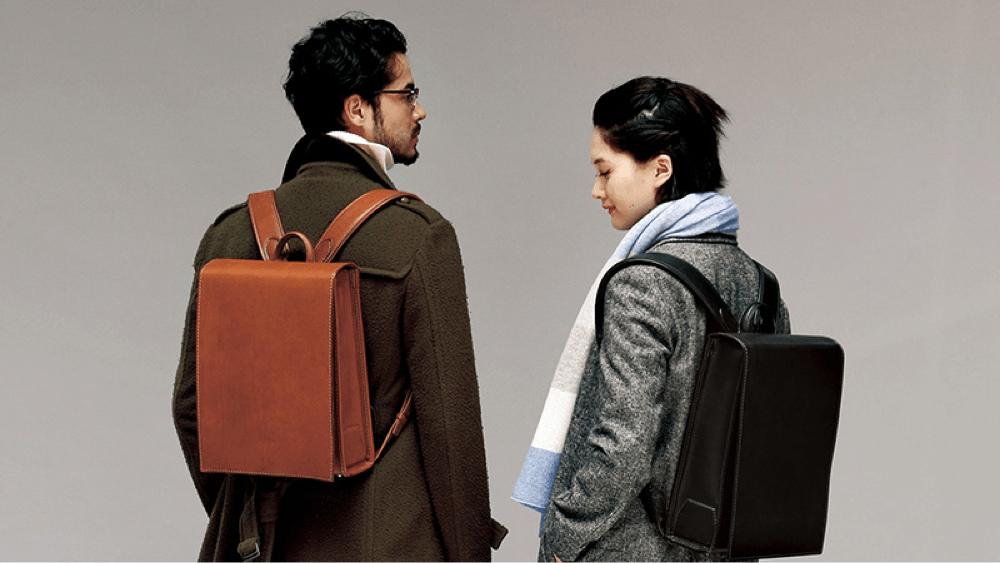 In Japan it is still quite common to wear uniforms to school. Just like the uniform the school bag is usually a specific type called “Randoseru”. Until recently it was the norm for all boys to have a randoseru in black and for girls in red. My mother had a... 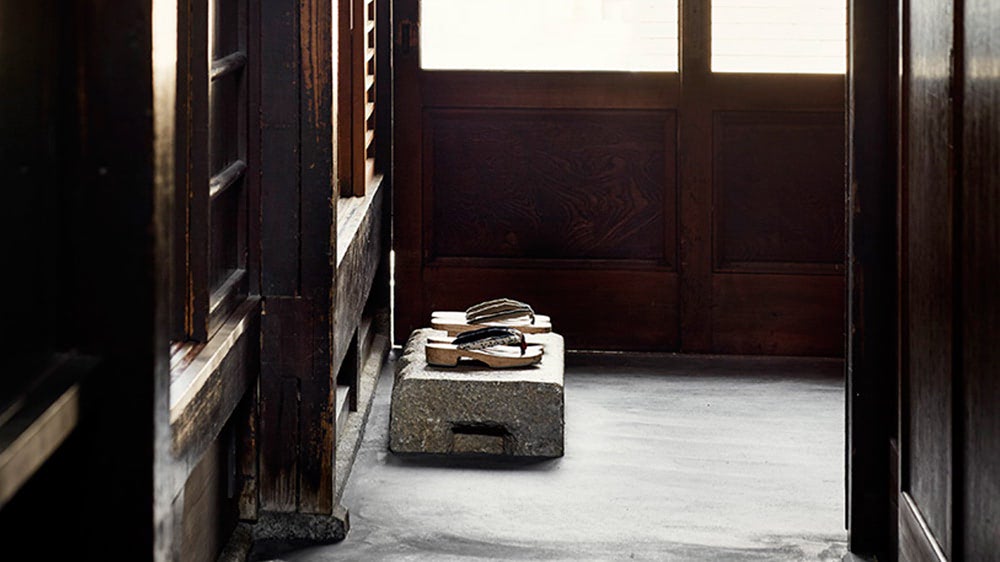 Does it ever happen to you that you come across some amazing designs and end up finding out that one person is behind it? In my case that person that captured my attention is Shigenori Uoya, an architect in Kyoto specializing in Machiya (Japanese for “town house”) remodels. First time...